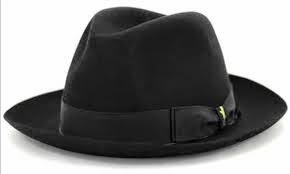 Who counts the Omer in your shul? Is it the shaliach tzibbur/chazzan (prayer leader) for
Maariv (evening prayers) or is it the Rabbi?

Many communities have the Rabbi count the Omer rather than the chazzan. Why is this? In some places it might be to avoid shaming the chazzan. A chazzan might have dropped a day of counting  mid-Omer, hence invalidating him from being able to recite the bracha. Hence, the Rabbi (who we assume attend shul daily and will not mess up) counts in order to eliminate asking the chazzan and possibly embarrassing him.

However I suspect another issue is at hand. In Hassidic communities the Rebbe counts. He is deemed as closer to God, and his blessing is more pure and holy. The Rebbe counts to add sanctity to the counting; to achieve a spiritual high that an ordinary commoner cannot reach. This veneration of the Rabbi is prevalant in yeshivot too, where the yeshiva head (Rosh Yeshiva) frequently has near cult-status, and hence in many yeshivot, the Rosh Yeshiva leads the counting.

Where I learned, in Yeshivat Har Etzion, both Rav Amital and Rav Lichtenstein never assumed that role, and they always told the chazzan to count. I always loved that. They didn't need to be the cult figurehead. I assume that they also presumed there was no significant spiritual advantage in them saying the blessing and counting aloud, and that the chazzan's counting was equally valid and equivalent in value to their own.

In my shul, the Rabbi counts and I wish he would ask the chazzan to do so. I think it would send a positive message. It conveys the sense that the religious observance of the average community member is on the same par as the Rabbi; that the Rabbi is no more holy than his congregants. Furthermore, it conveys confidence that baalei batim (congregants) can also successfully keep up with the counting. By this small gesture, the rabbi empowers his community and conveys to them that comprehensive halakhic observance is within their reach and a goal that they should set for themselves.