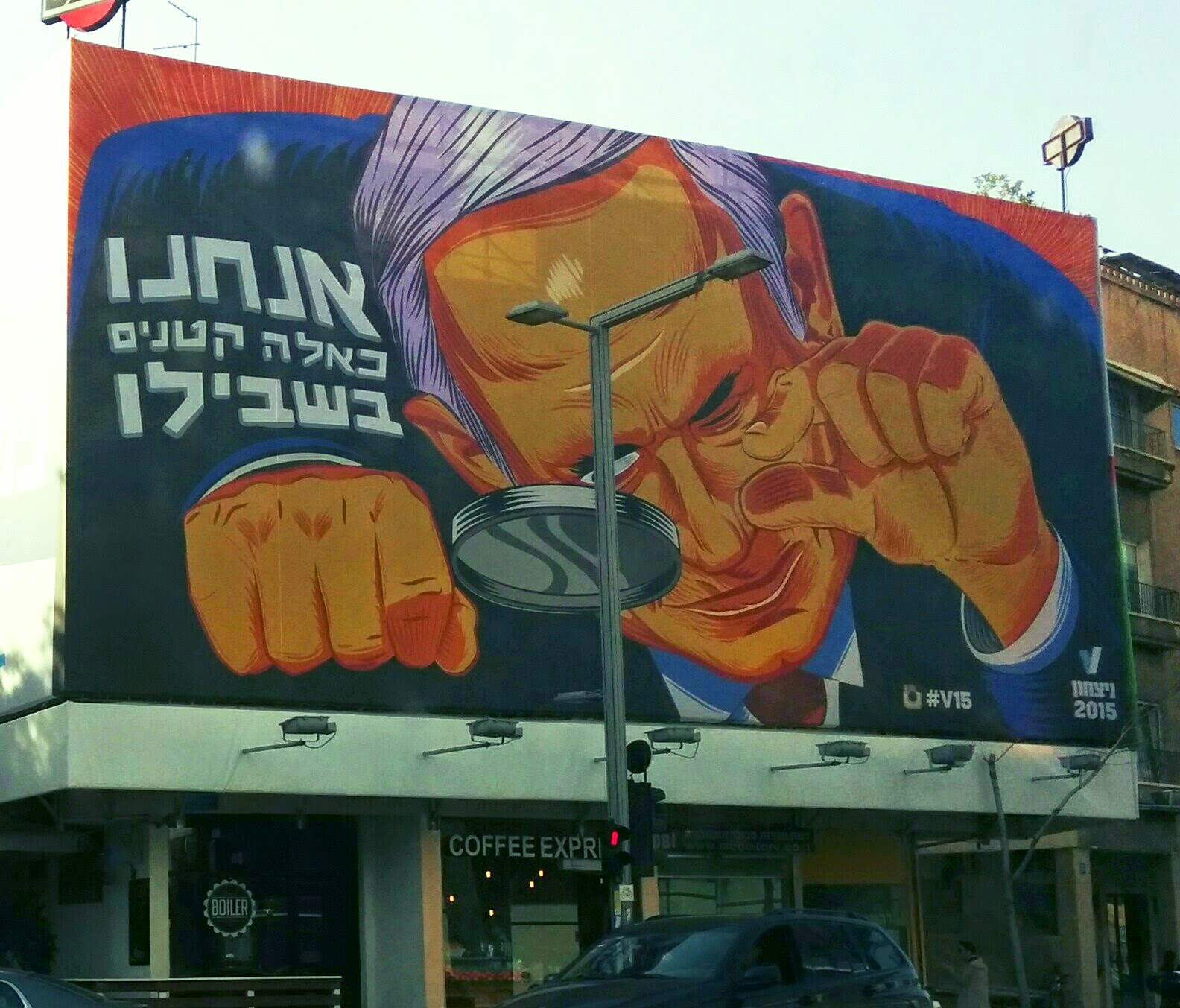 This election has been a wild one. Some thoughts on the day after:
1. Polsters. Oh boy – look how they got it wrong! Even if people changed their minds at the last moment, why were the exit polls so significantly incorrect?
And the questions: Did they mess up because they are unprofessional and only cover certain selective sectors?
Or much worse, was there a wishful thinking, a bias for the Left to win? If that is true, then almost certainly it backfired, and spurred the Right to victory.

2. Newspaper bias – This election has seen terrible newspaper bias. I am used to it from Haaretz, but this time Ynet exceeded Haaretz in their constant battery of Netanyahu. Don't get me wrong – I don’t love the guy – but can a newspaper be so blatantly partisan and still consider itself a newspaper? 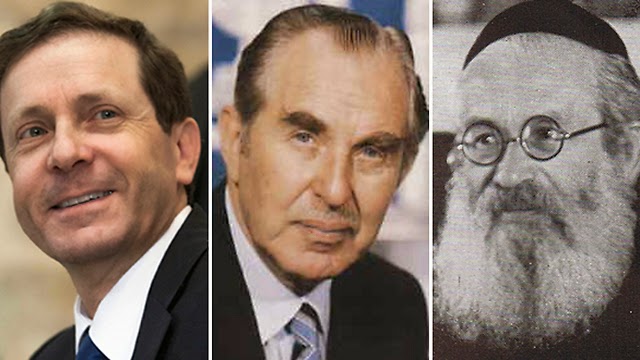 The night before the election, Ynet had a picture of Chief Rabbi Herzog alongside President Herzog and Buji. The tagline" The grandfather – Chief Rabbi; The father – President; the son – Who are you Buji Herzog?" What a cheap ploy! Ynet, throughout this election season have released negative stories about Netanyahu.

Rav Yoel bin Nun reflected and said that this election has seen demonization of Netanyahu as a failed leader who has deeply betrayed and endangered Israel, as reaching the levels of verbal incitement during the period of Yitzchak Rabin. He may be correct.

3. The dirty election – Leading on from this, why was this entire election "Just not Bibi" or "It's us or them?" Why did the Likud not even release a manifesto of its political views? Nothing? Why was the entire campaign about personal slurs and scaremongering? We all have to wake up the day after and be led by these people. It is destructive, irresponsible, dishonest, cheap. Can we find another way? (BTW, from what I saw Yesh Atid were pretty responsible in this zone… saying what they believed without blacklisting and insulting others.)

4. V15 – Why is it legal?
I am sure that most of us saw the ads on FB by V15; TLV was plastered with their ads. They were excellent emotive, effective. (If you don’t know who they are see this article link), But it is total absurdity! Since when can a foreign paid campaign give smooth but vague messaging about a better future saying that "the leadership must be changed" and that Bibi is useless (covering their tracks by not saying who specifically to elect)? Why is that legal? Political parties have a law to control them and limit abuse of the election. (It is an outdated law and certainly needs a huge overhaul.) Can any non-party organization use foreign money (lots of it) to manipulate an election. To me it sounds highly unethical. Why is it legal?

One other thing about the V15 ads and the negative electioneering. They made out as if everything is dark, gloomy and oppressive in an Israel lead by Netanyahu. Well, I too dislike his leadership style, his friends and many of his values and actions. BUT Israel is a free, prosperous, relatively safe society. It is a huge mistake and highly irresponsible, just to win an election, to paint everything black, exaggerate and lie to push your point. I think that now we understand that it is also counterproductive.

5. Bibi – the Election king (who are you Bibi?)
And having said point 2,3,and 4 it is INCREDIBLE that Netanyahu won with such a margin. He is truly an election genius, a political wizard.

And yet, may I add that he has taken a severe knock in this campaign.

He has been lambasted by Mossad chiefs and military heads, by fellow cabinet members, for fearmongering, an inept handling of the Gaza war, an inability to take brave decisions, a lack of forward thinking. Is it true? Is he a responsible leader? How much is real? Who are you Bibi?

He has been exposed as indulgent and portrayed as aloof. How can we feel that he cares about us common people?

How can Bibi – even after his victory – show us that he is a worthy principled leader? I think he really needs to? I hope that very little of what was said (by serious people) is true. It is deeply worrying.

Bibi did not involve any fellow Likud minister in his campaign. (Yisrael Katz ran it, but he was the sole face.) Bibi has successfully pushed out Gidon Saar, Cachlon and every competitor from the Likud. Who will succeed him? Can he foster a new generation of leadership. Will his leadership of Likud be challenged?

5. The Arab List – is the 3rd largest Knesset party. Who is prepared to take them seriously? How long can Jewish Israel pretend that the Arab Israelis are not there? How long can we sideline them? I was hoping that they could be incorporated into a future government (I dare you Bibi! … it will be the greatest surprise of your political career!) Israeli Arabs feel disenfranchised. For our collective future, we want them to feel more Israeli, less alienated, to feel more equal, to gain full services and excellent education, to be integrated more. For Israel's future, we need this. If this is done, I think they will reciprocate by showing more loyalty with Israel. Am I dreaming? Is this possible?
And besides this, will Bibi , like Ruby Rivlin, make some gestures to bridge-building with the Israeli Arab population, offering his hand to them and stating that he is leader of all Israeli citizens and will take their interests seriously?

6. The county is drifting rightwards. Will there ever be a Left-wing government in the foreseeable future?

7. Buji and Tzippy did the impossible. Look what they did… they created a viable leadership party out of a failure. Their economic plan is really interesting. I hope Buji stays as head of the opposition. I think he could be an excellent leader of the future (voice notwithstanding.) We need a powerful opposition to put up a liberal fight to what might be one of Israel's most right-wing governments. Possibly even Buji can move a step rightwards and win the next election … maybe w/out Tzippy!)

8. Yachad – Eli Yishai's party has (hopefully) not passed the threshold. I say hopefully because I would hate to see the Baruch Marzel in the Knesset. But they actually took 4 seats from HaBayit Hayehudi. Right Wing Zionist rabbis who backed Yishai due to some disfavor with Bennet or Ayelet Shaked should understand that they lost their party 4 seats.

9. What is going to be with Bibi-Obama for the next 2 years? Can they make a "sulcha"?

10. Electoral Reform Can Cachlon insist on reform of the electoral system? Can we make a law that ensures  elections only every 4 years and not before? How can we prevent the inner wrangling of parties within the government and the cabinet and the political blackmailing? We desperately need that mechanism in places as soon as possible.
Lots of other thoughts… maybe in the comments.