Jerusalem Day. A Time to Celebrate; Not a Day to Deliberate 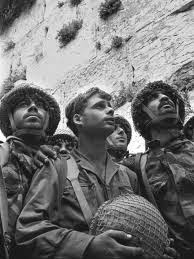 In recent years, it feels like Jerusalem Day has become more complicated. The political entanglement of the "territories" has cast a dark shadow over the sheer joy of the day. Even a card-carrying right-winger would argue that the issues raised by Israel's control over/return to/liberation of Yehudah veShomron are far from simple, and as a result, for many the festivity of Yom Yerushalyim is fraught with the complexities of current politics. This has been a feeling shared with me by many religious-zionist friends.

But I would argue that this is one day to put all the heavy baggage aside. To paraphrase Kohelet; there is a time to deliberate, and a time to celebrate. And today - Yom Yerushalayim - one must celebrate.

Today we should rejoice at the return to the Kotel, and our reconnection to the site of our Temple, the beating heart of the Jewish people towards which all Israel directed its heart in prayer, its tears of sorrow, and its hopes and dreams for 2000 years.

We should celebrate Jewish sovereignty over all of Jerusalem ... a fulfillment of the words of our prophets.

We should celebrate the astounding deliverance that was the Six-Day War.

We should celebrate the unification of our beloved city ... a city no longer severed by a dividing wall but now a viable, organic, united city; a flourishing centre, in contrast to the dangerous border-city that it was prior to June '67.

We should celebrate our ability to visit and reside in places that our ancestors dreamed of: Shilo and Beit-El, Kever Rachel and Me'arat Hamachpela.

And we should also direct our hearts in prayer, because even in Temple times when we happily declared: "Our feet stood within your gates, O Jerusalem", we continued, "Pray for the peace of Jerusalem!" (Psalm 122)

Let us not forget that in the years between 1949 and 1967, Jerusalem was a backwater, a beleaguered border town. The city centre was divided, fractured. The main entrance to Israel's parliment, the Knesset was oriented to face the westerly direction due to the danger of Jordanian shelling; in other words, even our national symbols were under fear of foreign fire. Israel in the lead-up to the Six-Day War was a country that was petrified for its survival. And in six resounding days, Israel reunited Jerusalem and tripled in size. The pride generated by those events sent electric waves through the Jewish world. Jerusalem now is a city which is the center of the Jewish world, a place that inspires virtually every Jew that visits it. It is also a city open to its Arab residents, as anyone who lives here can see.

Yes, Jerusalem as a city is highly entangled and far from simple. The situation of Yehuda Veshomron/ the West Bank/ Liberated/ Occupied Territories (call it what you like depending on your political perspective) is complex and is at present an intractable problem that cries out for resolution. (Much of the political trouble around this topic is in itself a tool to weaken Israel.) Maybe some of the achievements of the six-day-war will one day be sacrificed for the sake of an accord with our Palestinian neighbours; maybe never. And yet, with all that said, let us deliberate and debate for 364 days of the year. But for today, for one day a year, let us celebrate this quantum leap forward for the Jewish people and let us rejoice without hesitation. 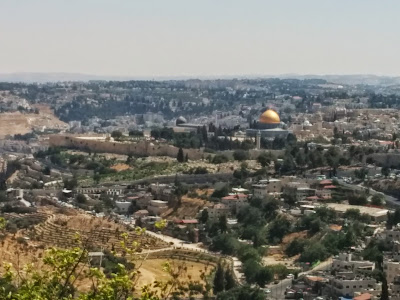 Two pieces I saw today have moved me.
The first is Rabbi Sacks' homage to Jerusalem. It is filled with the beauty of almost naive innocence, and brimming with the historic Jewish yearnings for Jerusalem.
http://us7.campaign-archive2.com/?u=2a91b54e856e0e4ee78b585d2&id=ba221e33f4&e=1b14de0137

The second is Channa Pinchasi's suggestion for a different mode of marking Yom Yerushalyim. She notes how YY has become sectarian - only celebrated by the religious-zionists - and she looks to "reclaim" YY as a day that unites Jerusalem in all its sectors and neighbourhoods, becoming a beacon for the best of human interaction. See this:
https://www.facebook.com/Shaharit.Think/posts/935153029881928:0