Can We Celebrate An Imperfect Israel? 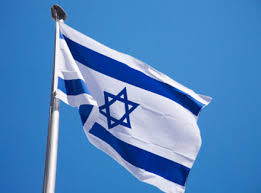 It's Yom HaAtzmaut! Let's celebrate the reestablishment of Jewish independence after 2000 years. Hmmmm! What? Not so fast? Why not?

It is incredible that despite the momentous achievement of statehood for the Jewish people, we constantly hear discordant voices suggesting that the Jewish State isn't quite the fulfillment of our dreams and aspirations, that it fails to live up to the vision of the prophets. On the religious right, the argument goes that the state is secular, and as such, cannot accord with the redemptive vision, rooted in the Bible and articulated by Rabbis and mystics through the ages, that it betrays the traditional "Hope" which pulsated in the Jewish soul throughout the Exile. For the liberal left, the Occupation, religious coercion, and Israel's other warts and blemishes, eclipse Israel's considerable achievements, replacing pride with shame, celebration with criticism. And so, we find that the very instinct to rejoice on our independence day becomes a matter of heated debate, damping the outburst of jubilation that this historic day should engender.

CAN WE ACCEPT A LEPROUS REDEMPTION?

How shall we respond to the nay-sayers? Here are some thoughts that have run through my mind to put this topic in context.

The Haftara (II Kings ch.6-7) we read last Shabbat tells a miraculous story. The Aramean army had besieged Samaria. Food was scarce, people were dying, and the living were horrifically resorted to eating the dead just to survive. And then, suddenly, surprisingly God frightened Aram, and the enemy deserted its positions and fled. Four lepers discovered the abandoned enemy camp and swiftly announce the end of the siege to the desperate people in the city. Samaria was saved.

The famous Hebrew poet of the 1920's, Rachel, wrote a powerful poem commenting on this Biblical story:

For a long while the dreadful enemy
Brought Samaria to siege;
Four lepers to her brought tidings.
To her brought the tidings of freedom.

A Samaria under siege - the entire land,
The famine is too hard to bear.
But I will not want news of freedom,
If it comes from the mouth of a leper.

The pure will bring news and the pure will redeem,
And if his hand won’t be there to redeem,
Then I will choose to die from the suffering of the siege,
On the eve of the day of the great tidings.

We don't know the circumstances in which Rachel writes this poem, but its message is clear. Rachel balks at this story. She would prefer to choose to die from the suffering of the siege rather than accept the tidings of salvation from one who is a leper, an unworthy person. Rachel wants the gift of redemption in the purest of ways; she is a perfectionist, and if the path to redemption is not absolutely pristine, then she would prefer no redemption whatsoever.

Clearly, Sefer Melakhim, which relates the story of the lepers, thinks otherwise. And not only the Tanakh; the Gemara in one aggadic passage [Sanhedrin 98] suggests that the Messiah is a leper!

The question of a pure vs. an impure redemption leads me to two very different sources which I will contrast. The first is one of Israel's most iconic poems. It is called "The Silver Platter" by Natan Alterman. It is truly part of the secular Zionist “canon.”

The poem imagines the nation, in the aftermath of the violence of the war of independence, in festive dress, awaiting "to receive the miracle, the one and only." Then a young man and a young woman approach silently. The wear heavy boots, and their clothing is bloodstained, even as they are endowed with the beauty of Hebrew youth, They are exhausted to the point of collapse. When the nation asks them: "Who are you?" They respond: "We are the silver platter on which the Jewish State has been given to you."

Alterman is saying that a Jewish State comes at a price. If we want a state, we will have to fight. Our young men and women will have sacrifice their youth in battle, and people will lose their innocent lives.

Here is a second source, a different image, which other people may prefer. Zechariah chapter 3:

Then he showed me Joshua the high priest standing before the angel of God and Satan stood at his right side to accuse him. God said to Satan, “God rebukes you, Satan! The Lord, who has chosen Jerusalem, rebukes you! Is not this man a burned stick snatched from the fire?” Now Joshua was dressed in filthy clothes as he stood before the angel. The angel said to those who were standing before him, “Take off his filthy clothes.” Then he said to Joshua, “See, I have taken away your sin, and I will put fine garments on you.” (3:1-6)

Joshua is the High Priest as the second Temple is being rebuilt. From the text, we understand that, much like the young man and woman in Alterman’s poem, the High Priest somehow embodies all Israel. The Satan wishes to accuse him; after all, the High Priest bears Israel's sins before God (Shemot 28:12,30,38) and Israel's spiritual pedigree at this point in time is not remarkably impressive. However God silences Satan; God says that Israel is "snatched from the fire," in other words, at this point in time, Israel is a nation of survivors and has suffered enough. And thus, God removes the dirty clothes of the High Priest and replaces them. This image indicates how God will remove Israel's sin, to purify Israel and facilitate the reconstruction of the Temple.

For Zecharia. The reconstitution of the nation after the tragedy of exile, requires purity, and if the nation cannot achieve that purity independently, God will instigate a process to absolve the people and to purify themselves.

Two visions. For Alterman, it is the youth of the nation who enact the miracle of statehood, and those representatives are bloodstained and dirty, unwashed form the sweat and grime of battle; there is no other way to have a state. But they are the "Silver Platter." For Zecharia, God does all the work. He purifies a sullied nation, and gives the national representative – the High Priest – fresh, white clothing.

So we have an disagreement here. If we are rebuilding our State, we may think, along with Rachel, that the basis of it all must be "clean clothes"; flawless and pure.

But I think that Zecharia may well represent a Messianic ideal. In this world, we are faced with choices: To run the economy, someone must bear the brunt of taxes, and pay a heavier price. To protect ourselves, our children must be drafted, and may at times have to engage in violence becoming warriors and fighters, to protect their nation and land. Statehood means confronting a myriad of difficult decisions about every topic: Racism, education, international relations, religion and state. Sometimes it is impossible to win;  Illegal migration workers, for example: Should Israel treat them like refugees, asylum seekers, practicing equality, embracing every human being, just because he is human, or will that encourage further migration, as well as admitting a huge, non-Jewish population, that will exacerbate domestic frictions, assimilation? How should Israel deal with non-Jewish Russian immigrants? Israeli Arabs? The peace process? The questions are complex and there is always a sense that we cannot fulfill the entire palette of values

Ever since Bar Kochba, Jews withdrew from meddling in history. The Rabbis made that decision consciously. They abandoned self-governance and allowed themselves only the "four cubits of halakha." Some proposed that the redemption would come only by dint of God's intervention – the Temple being brought from heaven in fire; the Messiah would be the harbinger of the influx of the Exiles; not Tzahal, El Al, nor even the absorption ministry. Possibly, that is the deep source of the Haredi aversion to the draft. Fundamentally, they believe that Jewish history is best left to God. We should worry about our personal service of God. History and redemption is best left to God! Zionism came and shattered that belief. Zionism declared that Jews must take their history into their own hands and that we would reconstitute ourselves as a nation, with an economy, an army, a government etc.

But the business of statehood is never a pure, clean, pristine business. National administration involves compromises and mistakes, hard dilemmas in which no solution is the perfectly moral one. Alterman wished to say that if we desire a state, we must get our hands dirty. Governance will thrust us into harsh compromises and impossible choices, and at times, whatever we choose will sully our hands and our moral conscience.

So, back to Yom Ha’tzmaut. I embrace Israel with all our flaws. There is no other way to have a state. One cannot govern without making errors. And we face huge challenges, so sometimes we make big mistakes.

But who can deny the miracle of Israel? Who can deny that the Jewish people are flourishing here? Who can not witness the fulfilment of the dream of Jewish return from the four corners of the world, a prophetic miracle? The return to our land, the revival of our history, the protection of our people, the restoration of our language, our national pride, the explosion of our culture, the renewal of our Torah, the revival of our broken torn nation after the Holocaust; the absorption of millions of immigrants, the resurrection of our language - All these are miracles, historic phenomena, which defy the imagination.

This is a day to rejoice. If there are problems, thank God that these are our problems! These are our challenges because we have the amazing gift of self-governance.