Holding Hands in the Face of Terror 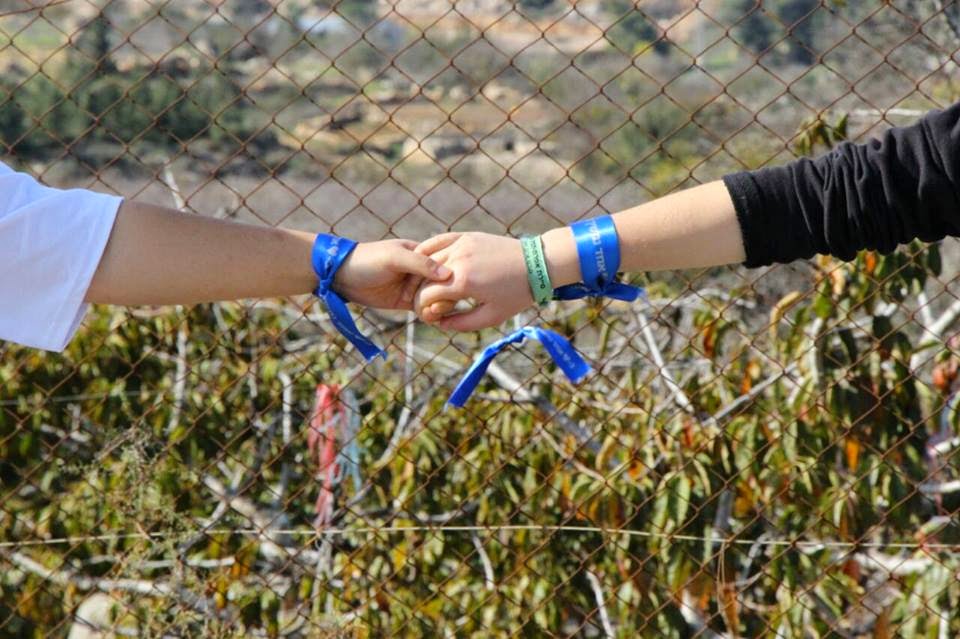 Yesterday was by all means a terrible day. We woke innocently enough, but as I finished my morning minyan, the awful news broke. Two terrorists had attacked a shul in Har Nof and, using revolvers and butcher's knives, had shot and hacked and killed 5 Israelis and injured many more. From that moment, the entire day turned dark, black. I genuinely felt that I was in a haze all day, finding it hard not to migrate repeatedly to the news on the radio and internet, and then again turning it off because it was all too horrific, too raw.

But here was yesterday's silver lining. Something else happened yesterday, right by my home in Gush Etzion. It was a wonderful, uplifting moment. It was a human chain. 2, 000 high school kids decided to join hands to celebrate life and to embrace their desire to grow up peacefully and to live in Gush Etzion.
What stimulated this event? Well, the previous week, Gush Etzion was yet again rocked by a dreadful terror attack. A young woman, Dalia Lemkus z"l stood at a bus stop on her way home from work. She was a social worker and had spent the day helping underprivileged youth in Kiryat Gat. As she stood waiting, a car suddenly ploughed into the bus stop running her over. The terrorist proceeded to get out and stab her to death as he went on a frenzied rampage.
This attack took place at about 4:35pm. Five minutes earlier at 4:30pm, at my daughter's school 300 yards away, the 9th grade had just been released. Many schoolgirls take a bus from that same bus stop. The school went into panic, everyone feared that it was one of their friends. A "lockdown" was declared as soldiers scanned the area to ensure that other terrorists were not lurking in the vicinity. The girls recited Tehillim (psalms) and cried and hugged one another.

In the end, thankfully, all the schoolchildren were fine, but tragically, a fine beautiful young woman was killed. And the schoolgirls asked themselves how they might respond? What could they do? The 11th grade came up with the idea of a human chain. Their motto was :  "בלב אחד נמשיך לפעום We will continue to beat with one heart...". Their website says: "This is not a protest or a demonstration - it is our empowerment." Indeed, it wasn't a protest - it was an attempt to express love, determination, community, life - עם ישראל חי! 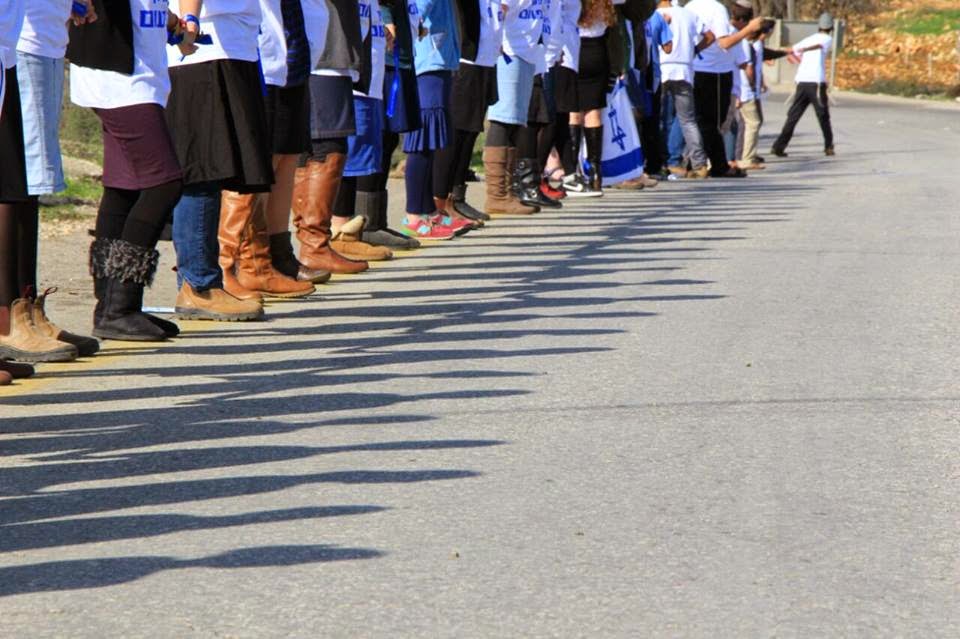 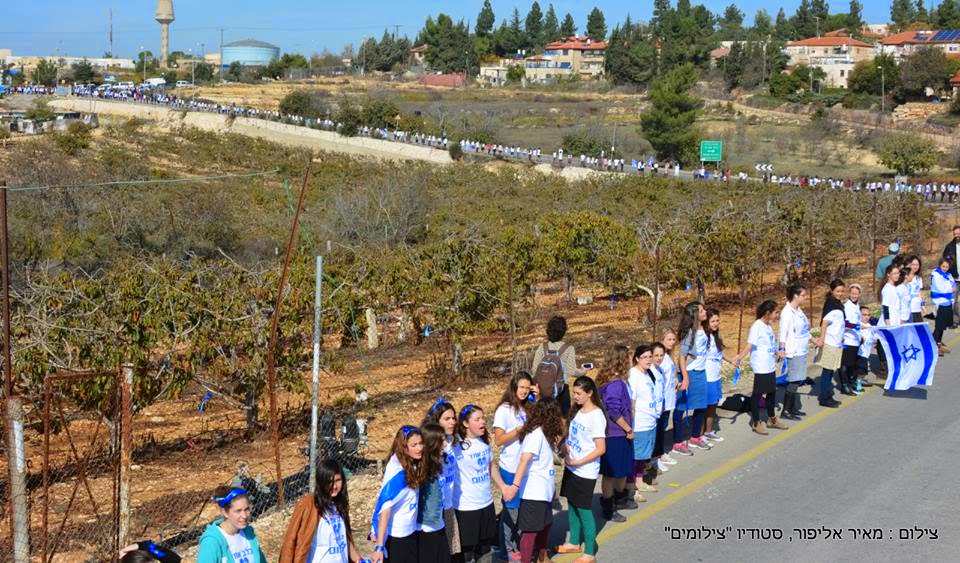 Who are these kids? They are my children, teenagers of my friends and neighbours. Fun-loving, ordinary, talented, phone-addicted teenagers. These kids get around by buses and hitchhikes. Their summer began with three of their schoolmates being kidnapped at a bus stop they all use. For 3 weeks we all sat tearing our hair out worrying, and then we discovered their bodies and understood that they had been brutally murdered. Then there was the Gaza war with many fathers and brothers in the line of fire. And in the latest chapter of carnage, a lovely 26 year old woman was killed at a local bus (just across the road from where the boys were abducted.) These teenagers have had to deal with an abnormal amount of emotional trauma lately. Ordinary questions like taking a bus become dilemmas of life and death.

So look at this incredible response. Maybe the girls wanted to cry. They certainly did. Possibly some wanted to give up, to respond to the tension and death by falling out of school. Who knows? (- I am sure school psychologists have a harder time in Israel.) I am sure quite a number were filled with anger, even hate. But they did something different, something impressively positive. Yesterday, the young women of Neve Channa who thought that one of their friends had been killed at that bus stop, decided not to protest, not to call for "Death to Arabs" or "Destroy the terrorist homes." They created a gesture remarkable in its dignity. They turned the pain inwards and upwards and directed it into building and strengthening the community. They invited all the local high schools to make a chain which stretched 2 miles, from the main Gush Etzion junction, past the bus stop, and ending at Kfar Etzion, a kibbutz that housed the school where Gilad Sheer and Naftali Frenkel had studied. The schools supported their initiative, the police and army fell into line, and the municipality offered logistical support. This was their statement, their empowerment. 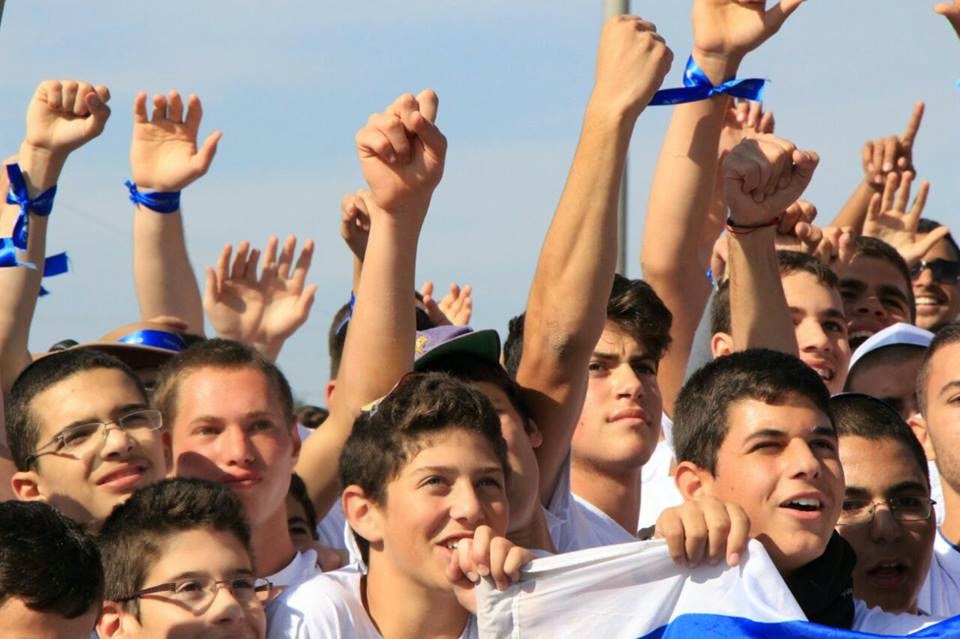 The stood together with their friends, in unity, hand in hand, to reclaim their road. They said "עם ישראל חי!" We belong here. We will continue to live, grow and flourish in our beloved land, here in Gush Etzion.

I am really proud of them. 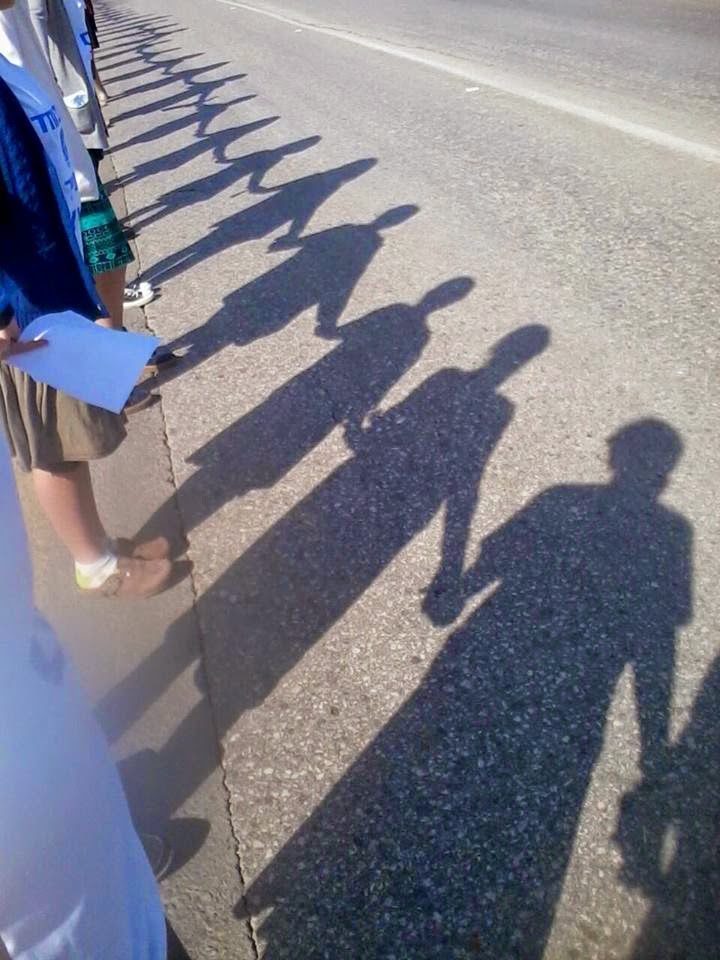